The focus of the design was rustic, mountain chic; combining natural elements with feminine touches.  The palette was shades of various browns with golden yellow accents.  Birch bark was the inspiration for the design and found in each element.

Below is the feature from the magazine.  I have also include several other uncut images which didn’t make the publication.  JS Design custom pieces included: Invitation, menu card, napkin ring, place card favor and table card.  Enjoy the details – and chic ideas…

invitation booklet inside with pocket and invitation card 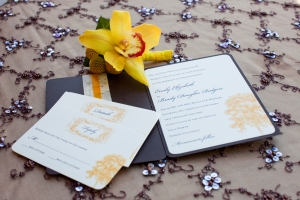 invitation booklet inside with reply set and information card 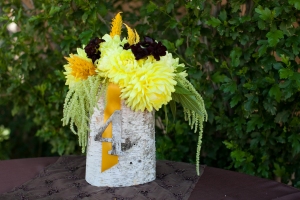 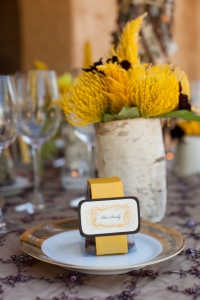 Making the ''I Thought of You Today'' Letterpress Greeting Card [video]
December 18, 2019